You are here: Home / Vodka based / Dexter’s Back! Four Drinks fit for any Crime Scene 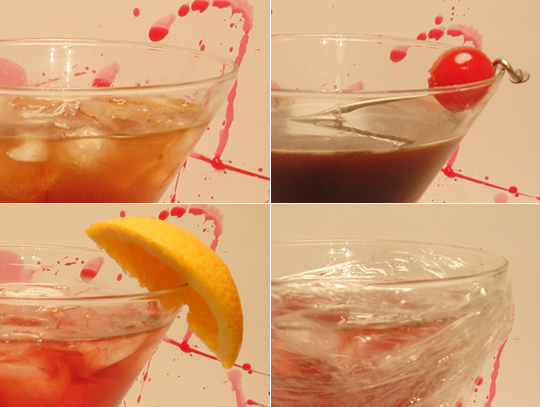 Everyone’s favorite serial killer of serial killers Dexter Morgan is back for a 5th season tonight. The crew here at Madtini Intoxicology Labs have an ongoing argument about whether we should officially count the silliness of Season 3 featuring Jimmy Smits. Nothing personal Mr. Smits but wow, just wow that story arc was, well just lameness incarnate. Moving on, Season four ended in an ending or all endings, we didn’t see it coming and we admit to sitting in utter shock staring at our TV in disbelief. Now, how will Dexter cope with all that has happened. The preview trailer has us drooling in anticipation.

In honor of the Season Five premiere, the crew at the Labs present you with four great drink mixes fit for any crime scene. Click the links below for the ingredients and preparation instructions. I must go supervise the Madtini interns as they clean up the fake blood splatter in the kitchen… errrr, I mean Labs.

Cheers to all Madtini and Dexter fans.