You are here: Home / Archives for mad men 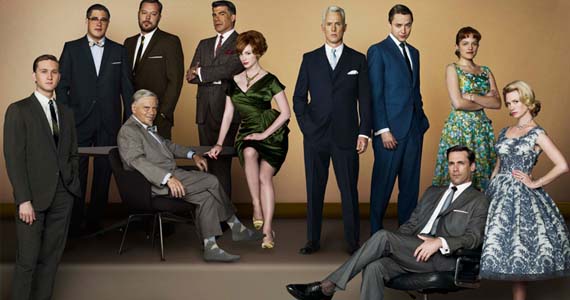 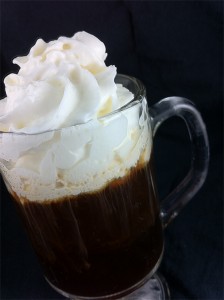 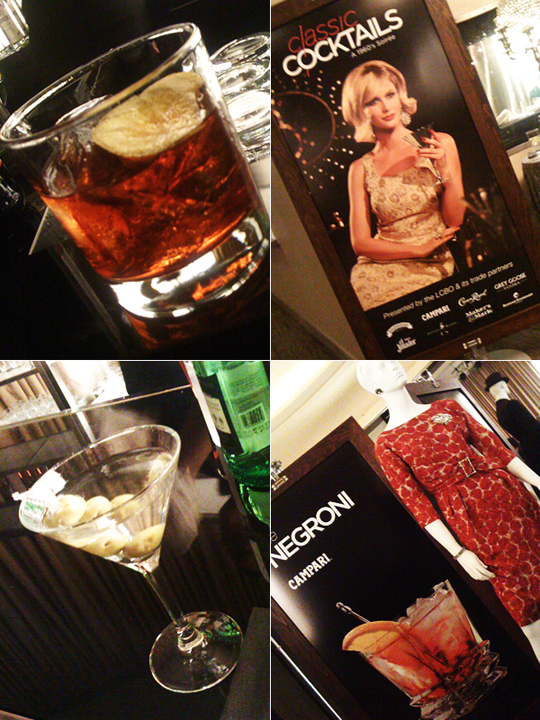 Thursday was a very special night out for Madtini. The LCBO hosted a 1960s-inspired party at The Carlu in downtown Toronto to celebrate the launch of their new Classic Cocktails website and mobile site.

The folks attending the event were arriving in style as well (heck I even wore a tie). Take a look at some of the 60s-inspired fashion on The Hip and Urban Girl’s Guide and It’s All Style to Me blogs.

(and hey, for a fun drinking game, do a shot every time you read the word ‘classic’ in this blog post)

The website features recipes for 24 classic cocktails, appetizers, product information and a flipbook version of the Classic Cocktails magazine. Do yourself a favour and pick up the magazine the next time you visit an LCBO store.

First off Madtini has to thank Anita Clarke of  I Want I Got for hooking us up with 2 invites for this great party.

The soirée took place in the classic round room at The Carlu. The Carlu alongwith the Design Exchange are two of the best examples of Art Moderne style architecture in Toronto, and was a perfect venue for this celebration of classic cocktail culture.

The event featured live musical of the the circle of fifths, great food, and two bar set-ups serving expertly crafted classic cocktails. The bartenders were making drinks with flare, juggling the bottles and garnishing with style.

It was now time for the most difficult part of the evening, choosing which cocktail to try first. After some deliberation we went with an ice-cold Grey Goose Vodka Martini as our first choice.

We moved on to the Negroni next made with Broker’s Premium Gin, Campari and Martini & Rossi Sweet Vermouth. If I can pass along one party tip, it would be don’t lean over to ask the bartender a question while he’s making the orange flambe garnish. Eyebrows are awesome and it’s nice to leave the party with both of them.

For our third and final drink of the evening our server recommended a Rusty Nail, made with Johnnie Walker Black Scotch and Drambuie. 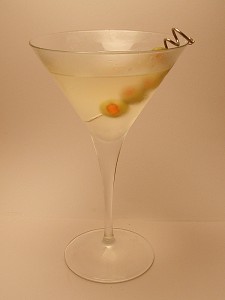 Sunday nights can be a confusing time for a cable TV viewer and cocktail enthusiast. One minute you’re watching sexy southern vampires battling it out with half-naked werewolves, the next you’re watching smart and sexy ad folks battling it out with each other or small-minded clients. Don’t even get me started on how confused we can get flipping over to Entourage during the commercials. Wait, was that Johnny Bravo playing ping-pong with Peggy… oh wait, nevermind that’s John Stamos.

This drink may not help ease that confusion, but you might stop caring after a few of these start hitting the spot. Remember, you can always ask your friends at work what happened – or find it on the magical and mysterious interwebs.

We started by slicing up 2 jalapenos on Friday night and added them to 6 ounces of vodka, then left them for 48 hours, producing a gin infused with a spicy bite.  Add an ounce of olive brine and you’ll be riding hot and dirty like the Sunday night staff here at Madtini Labs.

Slice 2 jalapeno, muddle gently and add it to several ounces of vodka, set aside for 48 hours. Chill the cocktail glass with 2 ice cubes for 2-3 minutes. Add the infused vodka, dry vermouth and olive brine to a cocktail shaker filled with ice. Shake vigorously and strain into the chilled cocktail glass. Serve, site back and put down the remote control.

Many people feel this is only one true Martini – gin with just a whisper of vermouth garnished with an olive. We’re not going to debate whether other martini recipes are valid martinis or just pretty cocktails but we’re starting with the classic original martini.

Yesterday @randymatheson and I picked up some new martini glasses and a cocktail shaker at Kitchen Stuff Plus as well as some vermouth and gin. The gin is in the freezer for the day – a martini should be served ice cold – and we’ll post photos this evening when we make them.

According to Wikipedia:Over the years, the martini has become one of the most well-known mixed alcoholic beverages. H. L. Mencken once called the martini “the only American invention as perfect as the sonnet”,[and E. B. White called it “the elixir of quietude”. It is the drink of the one-time “three-martini lunch” of business executives, now largely abandoned due to company “fitness for duty” programs.

To make the classic original martini:

Add ice, gin and vermouth to cocktail shaker, shake then strain into a martini glass. Garnish with an olive.

Some martini aficionados feel that the 4 to 1 part ratio of gin to vermouth as above is not dry enough and prefer a 6 to 1 part ratio referring to it as a dry martini. Others insist that the vermouth be swirled around the glass then poured out before adding the ice cold gin.

We’ll be mixing the standard 4 to 1 ratio tonight as we prepare to watch the season premiere of Mad Men.