You are here: Home / Archives for vanilla vodka 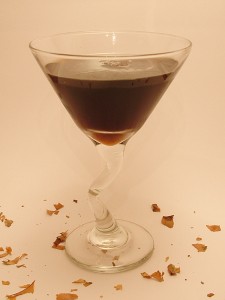 If this Black Cat ever crosses your path I guarantee it’s not bring you bad luck. A tasty blend of coffee, vanilla and licorice flavours will have you licking your lips until your bartender can bring you another one. If this doesn’t bring you to life, chew on the espresso beans for a wake-up call. Cheers!

Preparation
Combine the ingredients in a cocktail shaker half-filled with ice. Shake, then strain into a chilled cocktail glass. Garnish with a few espresso beans.

Drink adapted from the Intoxicologist 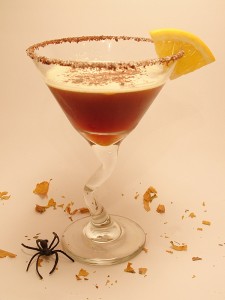 Chocolate has been around from over 3000 years and has been used as a drink for nearly all of its history, and who the heck are we to mess with tradition. Below is our fifth drink recipe for Halloween, the Dark Chocolate Martini

The Dark Chocolate Martini is adapted from the Oct31.org website. 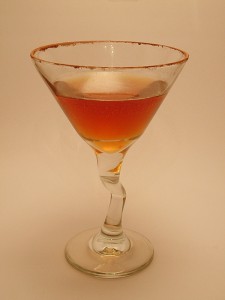 We was blissfully unaware that last week was chocolate week, so forgive us as we play some catch up this week. We found this drink on the Domestic Sluttery blog, and it sounded too good to not try. The name describes it all, it turned out to be a an almost perfect blend of chocolate and hazelnut tastes.

Preparation
Wet the rim of a martini glass and coat the rim by turning it upside down and rotating it in a shallow dish of cocoa powder. Set the glass in the freezer to chill. Combine the rest of the ingredients on a cocktail shaker half-filled with ice. Shake then strain into the chilled cocktail glass. 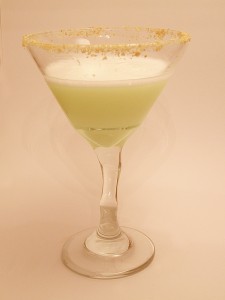 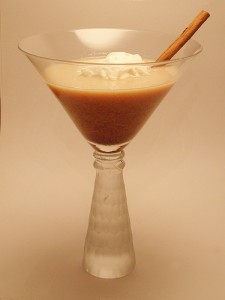 Before we even start, this drink is insanely delicious and the post contains a Neil Young link. You have been warned.

This week fall officially arrived in our area, and while we’d like summer to last forever, we’re ready for some cooler temperatures and the bounty of the fall harvest. (I can’t believe I just used the term ‘bounty’)

We’ve been looking to come up with a pumpkin flavored drink for quite a while and this Friday our Madtini Lab staff manage to combine several recipes and came up with a great-tasting combination. We tried two different ways to come up with the pumpkin spice syrup, including simply using pumpkin spice, pumpkin purée mixed with sugar and water or create our own pumpkin spice with pumpkin purée, cloves, cinnamon and nutmeg. Using the separate ingredients to make up the syrup was definitely a winning combination for the Madtini Labs crew.

Preparation
Combine the vanilla vodka, Baileys, pumpkin spice syrup in a cocktail shaker half-filled with ice. Shake, then strain into a chilled cocktail glass, Garnish with a cinnamon stick and a healthy dab of whipped cream.

Combine water, sugar and pie filling in a saucepan on medium heat. Stir in cinnamon, nutmeg and cloves. When the mix reaches a consistency of maple syrup, remove from stove, let cool then store in an air-tight container.

Cheers and Happy Harvest Moon drink fans. Here’s Neil Young’s gorgeous Harvest Moon to accompany your Pumpkin Spice Madtini. BTW, if somebody can figure out a way to get us any Pumpkin Liqueurs let me know. 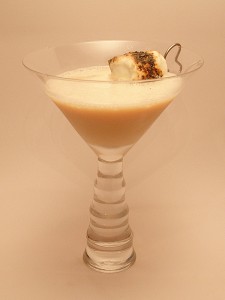 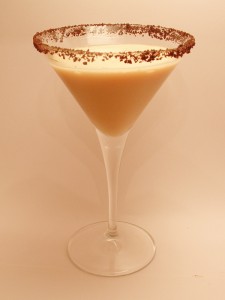 Dip the rim of the cocktail glass in the creme de cacao and then into the finely crushed Oreos. Take glass and place in freezer to chill. 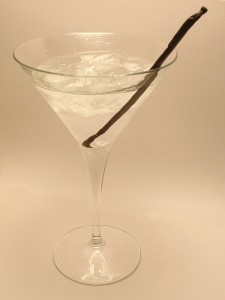 We’re keeping it simple buy yummy at Madtini Labs tonight. What better way to celebrate that we’re more than halfway through the week with this delicious combination of chocolate and vanilla flavors: The Black and White Martini.

Preparation
Pour the Twist of Vanilla Vodka and Creme de Cacao over ice into a cocktail glass. Garnish with vanilla bean pod.

Cheers, and remember, its only 2 days to the weekend. 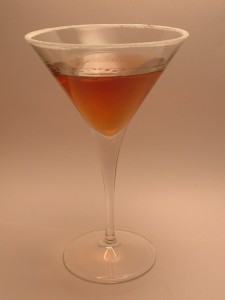 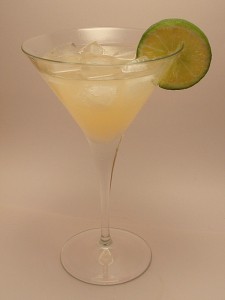